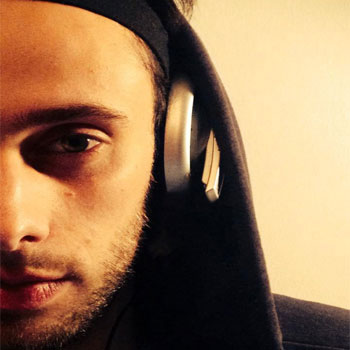 Dance music is DJ Cuffiax passion since he was very little. He spent most of his teenage afternoons listening to new sounds, latest releases and different types of DJs. He so started making his own compilation of dance music, called Mega Parade, that he still make and that he was giving monthly to friends and people he knew. His attention towards the dance music has transformed him into one of the best dance music DJ. Growing up like this made him focus on how to combine a good set, mixing a variety of rhythms. All of these make him one of the best house DJ, mashup DJ and EDM DJ in London.

DJ Cuffiax started Djing properly when he was in his early twenties, in parties and disco bars in Italy, and after few gigs, he moved into bigger venues, in small clubs, mainly in Rome.

DJ Cuffiax then had the chance to play in different clubs, always in Italy, from Rome to Milan, and once he moved to the UK and joined DJ Required, in his late twenties, he mainly played in London, where he had to adapt to different styles compared to Italy and focus more on changing his usual sets because of a different type of crowd. Then he became London’s one of the best house DJ, dance music DJ, EDM DJ and mashup DJ.

Every time DJ Cuffiax goes clubbing he still tries to study the Dj playing, reading and learning from him, mainly how he interacts with the crowd. This is why for him who is very important to “tell a story” when he performs, not focalizing only on one sound, because he believes is always good to surprise the crowd you have in front.

House, EDM and Mashups or Rmx of big hits are his favorite styles but he also loves to experiment with sounds he never tried before. Now he is well known as all kind of DJ in London like amongst best house DJ, EDM DJ and mashup DJ.

Seeing people dance and having fun enjoying the music you play gives you a positive energy that is hard to explain and is one of the best satisfaction a Dj can have.