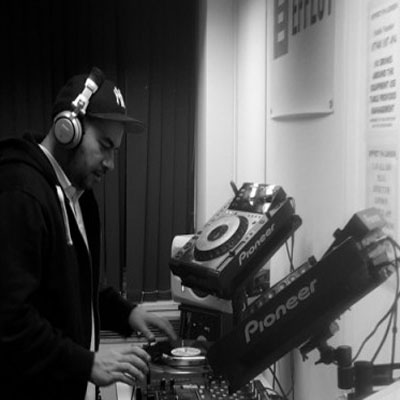 “DJ Stax is an exciting upcoming DJ based in London. He promotes his music and performance style as a mashup of modern House, Deep House and Tech House fused with Hip Hop, RnB and Old Skool not forgetting current pop and Club bangers!

Although he listens to all genres of music he started djing at the age 16 and started plying his trade on the hardcore jungle scene. He quickly learned how to mix and that lead to guest appearances on underground radio stations such as Ice FM, Don FM and Flex FM. This exposure created opportunities to play at clubs such as Lazerdrome, Club UN and adrenaline village.

As the music scene progressed so did Stax and Garage became his love while still playing the occasional radio show he also played at clubs like Theatre (wandsworth) Gass Club, Tiger Tiger and Hippodrome.

More recently he does a weekly radio show on effect fm and plays a mixture of Jungle, House and Garage, Old and new!

Having studied sound engineering at Westminster College he also showed a passion for music production and has a good understanding of different genres and sound.

With Dj Stax, you won ’t just get the usual “Sync DJ”, he’ll mix in sounds from a range of genres to make the party that extra special he’ll fill your floor and leave them all breathless at the end of another mad evening, you ready?”